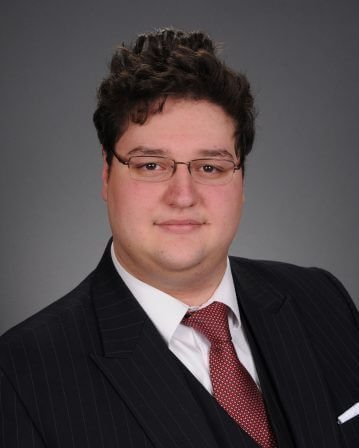 Benjamin Dynkin is the Co-Founder and CEO of Atlas Cybersecurity. He is also Co-Executive Director of the American Cybersecurity Institute. Prior to that, he was a Senior Forensic Analyst at Law & Forensics and the Managing Editor of the Journal of Law and Cyber Warfare, the nation’s preeminent legal publication on cyber warfare. In his work with Atlas, Ben has built the company into an internationally recognized, cybersecurity start-up, garnering multiple awards from industry publications, including recognition as a Top MSSP. Ben has also led Atlas in forging multiple partnerships with leading companies in the United States and abroad. In his work with the American Cybersecurity Institute, Ben has helped move the national conversation forward on the policy and law around cybersecurity and cyber warfare. He has run Congressional Briefings, and engaged with leaders and policymakers in Congress, the Department of Defense, and Department of Homeland Security, as well as throughout State and Local governments, raising awareness on issues of cybersecurity, and how to bolster their defenses. Ben is also an Adjunct Professor and Lecturer at multiple colleges, including the City College of New York and Hofstra University, where he teaches on subjects related to privacy, security, ethics, and law. Ben has co-authored and contributed to dozens of articles in the fields of cybersecurity, cyber warfare, digital forensics, and e-discovery, publishing in prestigious periodicals, including the New York Law Journal, The Albany Law Journal of Science and Technology, Corporate Counsel, The National Interest, GCN, and several others. Ben also has a forthcoming book on the law of cybersecurity and cyber warfare, forthcoming. He has also appeared in national and international media, including international television, commenting on technology, security, and cyber conflict. Ben is also featured in the book, The American Entrepreneur.

Speak with an Expert.

Hoodwinked: Why Our Eyes Won’t Protect Us Against Phishing and Fake Websites

Not Sure Where to Start?

What is Cybersecurity ?
How Do Cyber Attacks Happen ?
How Does Atlas Work ?
Who is Atlas ?
This website stores cookies on your computer. These cookies are used to collect information about how you interact with our website and allow us to remember you. We use this information in order to improve and customize your browsing experience and for analytics and metrics about our visitors both on this website and other media. To find out more about the cookies we use, please see our .Privacy PolicyACCEPT
Privacy & Cookies Policy

Any cookies that may not be particularly necessary for the website to function and is used specifically to collect user personal data via analytics, ads, other embedded contents are termed as non-necessary cookies. It is mandatory to procure user consent prior to running these cookies on your website.