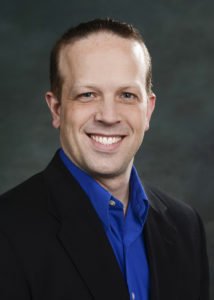 Eric is a co-founder and the Chief Technology Officer of Atlas Cybersecurity. In that role, he oversees Atlas’ entire security infrastructure and the delivery of security services to its clients. He is also responsible for developing new technologies, tactics, procedures, and protocols to defend organizations from cyber-attacks using a combination of cutting-edge tools and modern processes. In addition to running Atlas’s various security programs Eric is responsible for developing new and novel applications for security technologies.

Prior to his work at Atlas, Mr. Stride served as a senior leader of a prestigious cybersecurity firm, where he was involved in the development of groundbreaking technologies. Prior to his tenure in the private sector, Eric served 12 years in the U.S. Air Force, including five years at the National Security Agency (NSA). Mr. Stride was involved in numerous highly technical cyber operations at the U.S. Air Force, National Security Agency, and U.S. Cyber Command.

Eric is a member of the (ISC)2, holds multiple certifications from SANS/GIAC, and serves on the Advisory Committee for St. Phillip’s College, as well as on the Executive Board for the Centers of Applied Science and Technology (CAST) Tech High School.

He holds a master’s degree in information technology management from Colorado Technical University, and a bachelor’s degree in computer science from the University of Washington.

Previous
View All
Next

Speak with an Expert.

Hoodwinked: Why Our Eyes Won’t Protect Us Against Phishing and Fake Websites

Not Sure Where to Start?

What is Cybersecurity ?
How Do Cyber Attacks Happen ?
How Does Atlas Work ?
Who is Atlas ?
This website stores cookies on your computer. These cookies are used to collect information about how you interact with our website and allow us to remember you. We use this information in order to improve and customize your browsing experience and for analytics and metrics about our visitors both on this website and other media. To find out more about the cookies we use, please see our .Privacy PolicyACCEPT
Privacy & Cookies Policy

Any cookies that may not be particularly necessary for the website to function and is used specifically to collect user personal data via analytics, ads, other embedded contents are termed as non-necessary cookies. It is mandatory to procure user consent prior to running these cookies on your website.